Previous Next
That’s a wrap

I flew back to Romania last Sunday and found the 500 in full working order where I had left it at Hostel La Gruber in Rosia Montana. The trail started on Tuesday with an all orange crew; Jon Into The World on his #kit690 and Alex Heavy Duties on his 950 Adventure. The guys were absolutely fantastic company, and both experienced riders. In fact I’ve never seen anyone rock a 950 Adventure like Alex did. The guy’s a warrior.

As the day progressed Alex had to head back to Cluj Napoca, so Jon and I continued to the most technical section of the trail. Unfortunately the weather was not on our side and it had been raining all day, which turned into snow at around 1600 m. The final climb to the summit became impossible on the snow covered rocks and we had to turn back.

We opted for an improvised route for the descent and ended up in some pretty interesting terrain to say the least. We dropped 1400 m on various terrain, some being very steep technical stuff with deep ruts and forest debris. Engines weren’t necessary to run on several sections as gravity took care of the movement. Luckily we eventually made our way out of the mountains and stayed at a small guest house for the night.

The morning broke very cold and winter was clearly upon us. Jon had heard the local news, which stated that the weather was exceptionally cold for the season. My route ran mostly up in mountains, which would be partially snow covered and very cold and rainy at best. We both decided to call it a ride and head back home.

Two days later, I was back where I started. To be perfectly honest, this ride probably had the worst return of invest ever. Luckily it was only in terms of riding though, as the people I met on the way easily make up for what was lost in the riding. So many thanks to you all, and I’ll see you next season when the Crimson Trail continues. 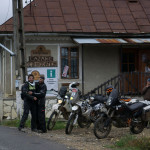 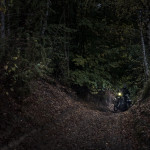 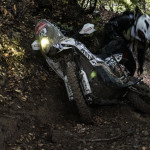 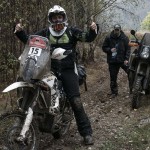 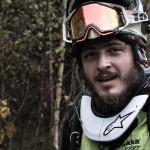 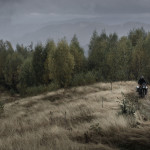 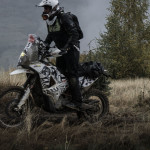 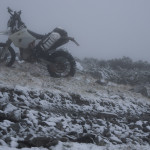 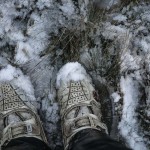 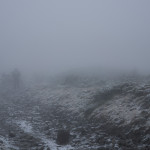 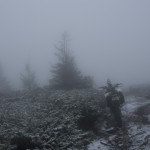 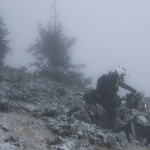 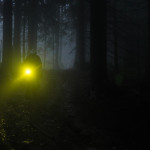 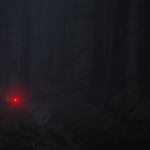 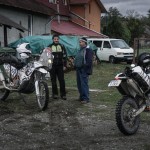