I DON’T KNOW ANYTHING

The question of oil changes on the 500 EXC in expeditions use pops up regularly, and I’m happy to share my views on the matter. However, riding style, bike load, climate and terrain affect the equation. My experience with the 500 EXC is mostly summer riding in Eastern Europe, so medium to hot temperatures, flat and mountainous terrain and about 130 kg of mammal, equipment and fuel on the bike.

The king of long tours on the 500 EXC is Aaron Steinmann, so for a more informed answer you might want to check out how he does it.

HOW LONG, HOW FAR?

The manual states oil changes after every race or fifteen hours of use. Expedition riding is typically much easier on the engine than enduro training or especially racing, so the oil should perform longer than fifteen hours. This was also the unofficial view of an unnamed KTM tech with decades of experience with KTM race engines. So based on what he said and some empirical testing, I’ve settled to a rhythm of changing the oil and filter after around 20-25 hours of expedition use and every fifteen hours when training. This interval seems to work well enough for my style of riding, which means that either I’m a really cowardly rider or the service schedule has been well padded to avoid catastrophic failure.

Having said that, frequent oil changes are of course better than more seldom, but on long tours it is not necessarily practical. Especially since I prefer not to carry oil in my luggage due to the weight, unless I absolutely have to, .

There’s usually no need to carry oil in Europe, as KTM has a really good network of dealers and you can score oil easily. However, I usually check for KTM dealers along my route, and contact them beforehand, to make sure they put aside Motorex oil, an oil filter and an air filter for me. This may be a shock to all the real ADV dudes, but I usually prefer to let the KTM techs change the oil during expeditions. The reason is that their income depends on us riders, and without our coin the KTM service points would be scarcer. Motorex oil can be replaced with another brand, but it’s a different game with e.g. a toasted clutch. So I for one am grateful for the KTM dealers and service point as they enable riding very light in Europe. Secondly, while the oil is being dropped by a pro, it’s a good opportunity to sip a hard earned coffee…or a beer if you’re Canadian.

Having said that, If there are no KTM dealers en route, I stock up at the previous KTM, and carry the oil I need if I must. And if I couldn’t find Motorex, I’d use any major brand, as long as it’s synthetic 4T motorcycle oil with the correct weight, and has the required additives for a wet clutch. Mind you, even fresh car oil will be better than absolutely spent 4T MC oil. Although it might cause some damage to the clutch plates, the main function of the oil is to lubricate the engine, and replacing the clutch plates is much cheaper than dealing with an engine with excessive wear due to insufficient lubrication.

For oil changes during expeditions, I usually stop at a random automotive workshop, and ask if they’d let me work on the bike in their garage for half an hour. Thus far all technicians have always agreed without hesitation, and in Eastern Europe they’ve never asked for money and flatly refused it when I’ve offered. It’s a good way to meet people and maybe get some local tips as well, so I highly recommend trying your luck with the local garages. Another benefit with the auto shops is their drum for waste oil, which makes life much easier. I don’t see much sense in oil changes in the wild, unless there is no other option due to drowning the engine or something. Either way the oil change will be messy due to the lack of a drain pan, and needing to bottle the waste oil transport back to civilisation and later offloading.

THIS IS PROBABLY A BAD IDEA

I’m just curious about the war stories on oil; which oil brands and which products have you used instead of Motorex. Do you use them regularly, or did you have to due to some unfortunate event? 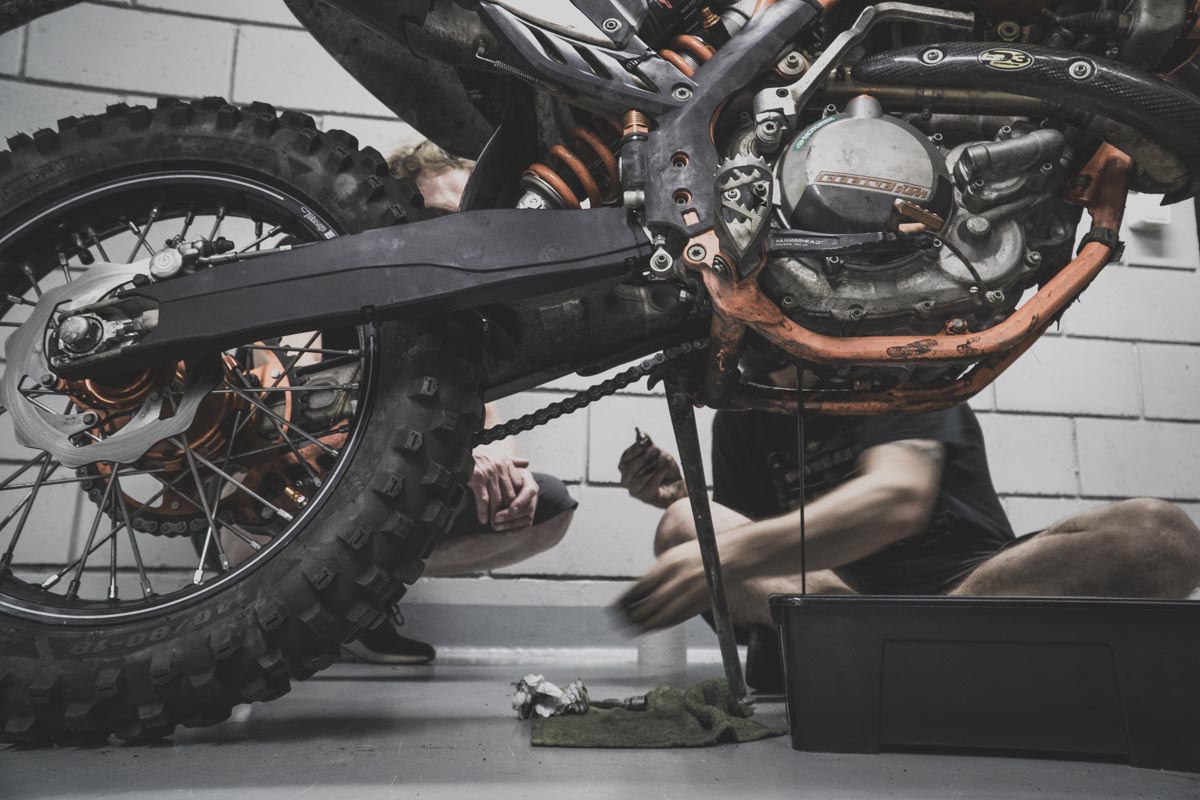 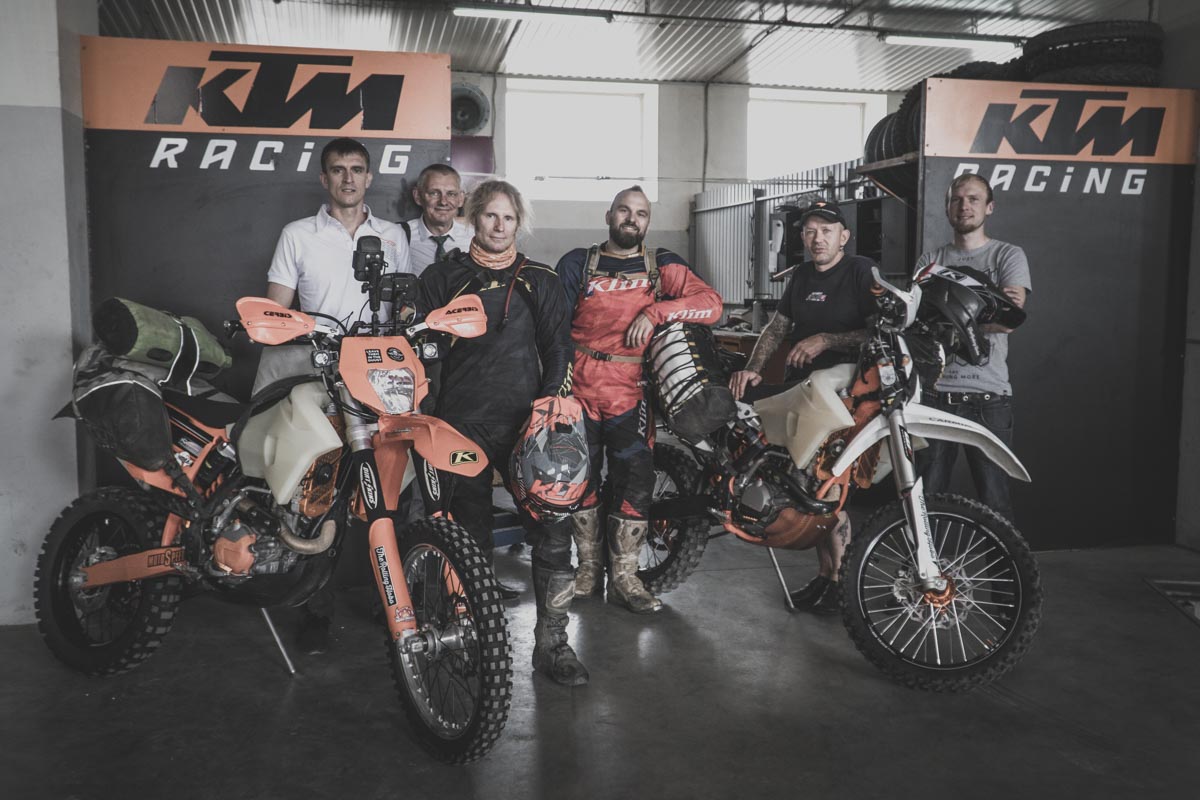 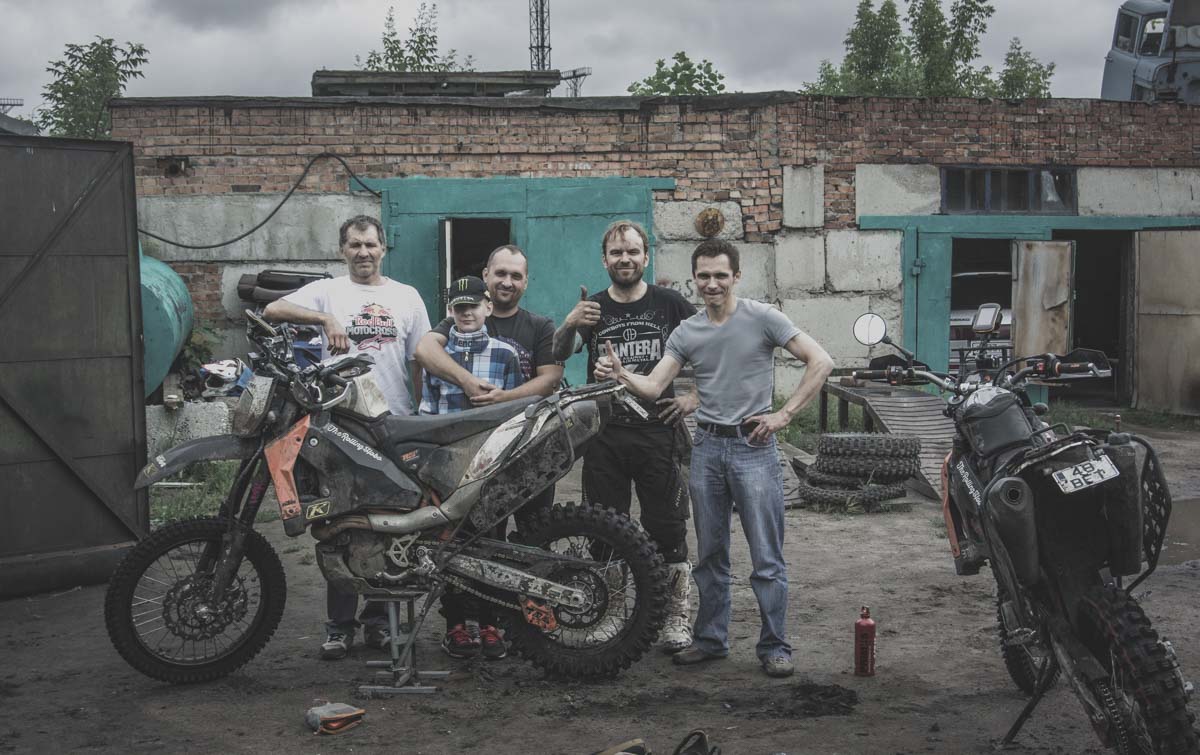 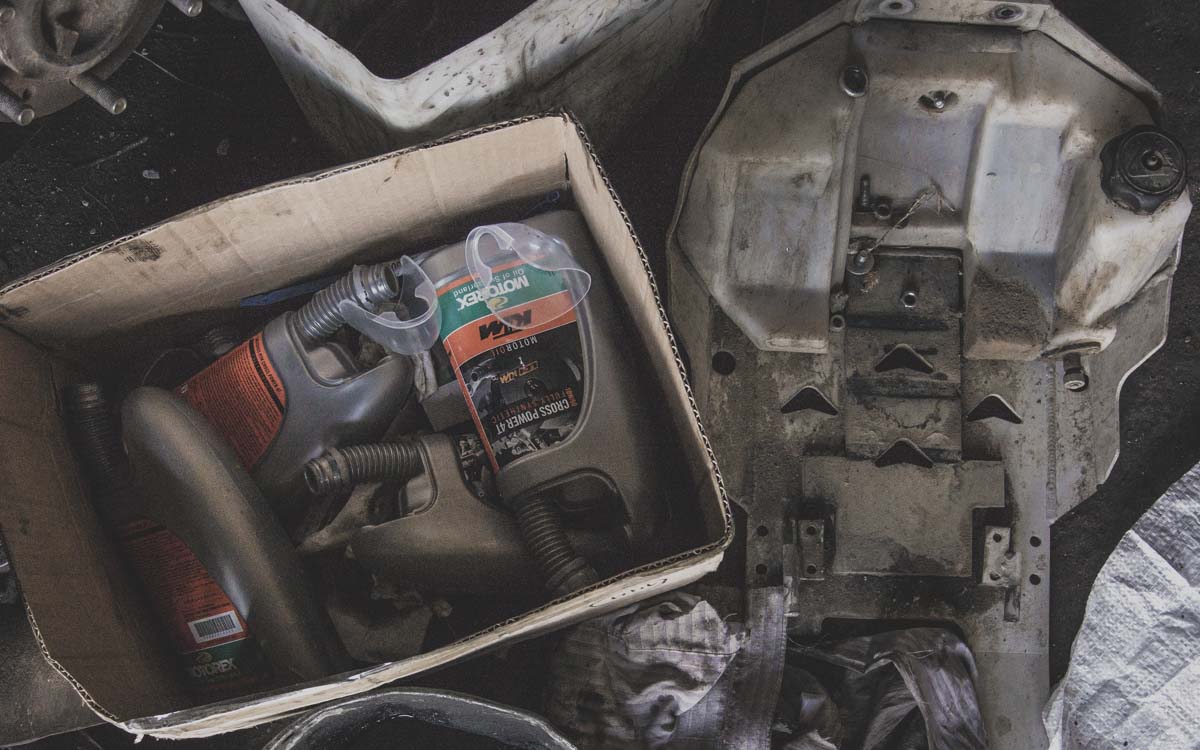 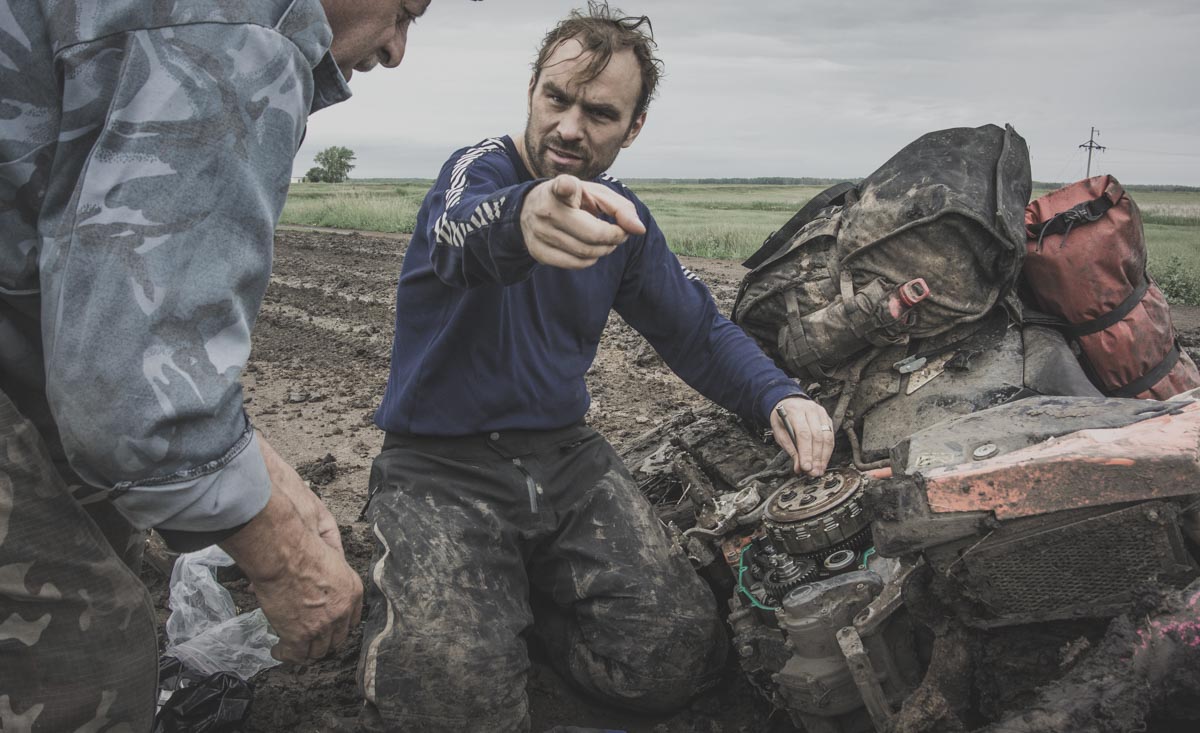