I think the best camera is the one that is accessible within five seconds. Anything above that will leave you thinking whether to take out the camera or not, and by then whatever you wanted to shoot will be history. I’ve gotten into the habit of carrying a camera on my Camelbak chest straps at all times. I call it the close combat camera. On longer rides I may carry a full frame DSLR in the tank bag, but most of my photography is done with whatever is hanging on my chest strap. My close combat camera used to be a Canon Powershot S100. I still have it and it’s fine for online stuff. The problem is that the image quality could be better and it needs to go into the tank bag if it rains. For Eastern Dirt 14 I wanted to have something that would hold up to weather and have better image quality. I’m not a camera geek, more of an old dog really, so I asked around. Luckily a friend of mine is a Nikon Ambassador, and he suggested to have a look at the Nikon 1 AW1. It’s a waterproof and shockproof mirrorless camera with interchangeable lenses. Unfortunately it’s no pocket camera, and needs to be clipped onto a carabiner on the chest strap. The pocket camera on the other hand fitted nicely into a small pouch on the chest strap. I will not get into reviewing the specifications of the camera as there are several reviews online for all the techies. “Creative” shooting modes, smile recognition or on-the-fly postproduction don’t concern me. Instead I’m mostly interested in lens quality and type, sensor type, full manual control and raw files. DP Review is pretty good for side by side comparisons of lens performance. Everything else is pretty straight forward. I’ve put together some points that concern us ride-by-shooters.

The kit lens is a Nikkor AW 11-27.5 mm so roughly equivalent to 30-75 mm in full frame. I usually prefer wider lenses, and in addition to the kit lens, I carried a NIKKOR VR 30-110 mm tele zoom and a NIKKOR VR 6.7-13 mm ultra wide zoom. During the seven weeks of Eastern Dirt 14, I used the ultra wide once. The tele zoom stayed in its pouch for the whole trip. I guess the biggest reason for mostly shooting with the kit lens, was the fact that it is the only waterproof lens for the AW1. Everything else is normal Nikon 1 series. I did not want to risk destroying the lenses or having to change lenses or put the camera into a bag in case it rained. The kit lens isn’t as fast as I like and a zoom is never optically as nice as a full frame prime. The main thing was though that it was usable in any weather.

One of the best features of the AW1 is shooting up to 60 fps bursts in raw format. It really helps to capture the action at its best. I tend to use it a lot with 5 fps, or 10 fps if I have a critical composition with a fast moving subject. The hydrophobic coating on the lens works well. When the lens gets dusty, I usually just give it a squirt from my CamelBak. The water just flees from the lens surface, taking the dust with it. Wiping any lens surface with a cloth is a bad idea and will result in reduced optical performance.

I normally use clear protector filters or UV filters on my lenses, but decided to remove it from the AW1. The reason is that in wet conditions water gets trapped between the lens and the filter. It is impossible to get the moisture out without removing the filter.

When riding a motorcycle in dusty conditions, the dust will get everywhere. And even though the AW1 is waterproof, it does not like dust. The dust gets caught on the grease in the o-rings between the rotating zoom barrel and lens body. The result is a sandy scraping sound when zooming back and forth. The noise disappears after a while, no doubt due to the tiny particles sanding nice grooves into the aluminium lens body and creating a space where they will fit. I’m guessing this will result in o-ring seal failure at some point. I have been toying with the idea of mounting a neoprene tube on the lens to protect the o-ring grooves. 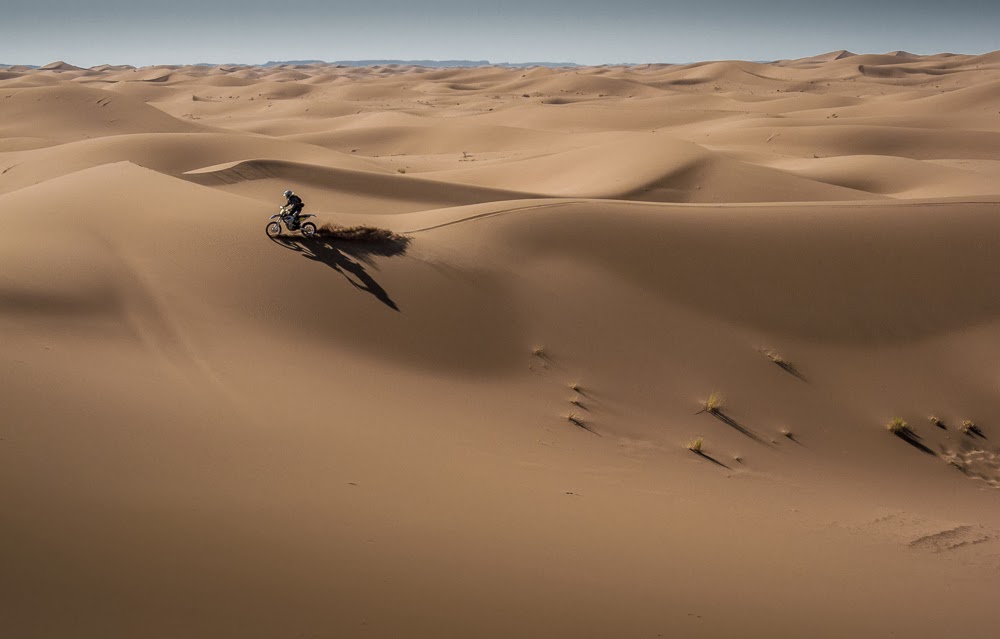 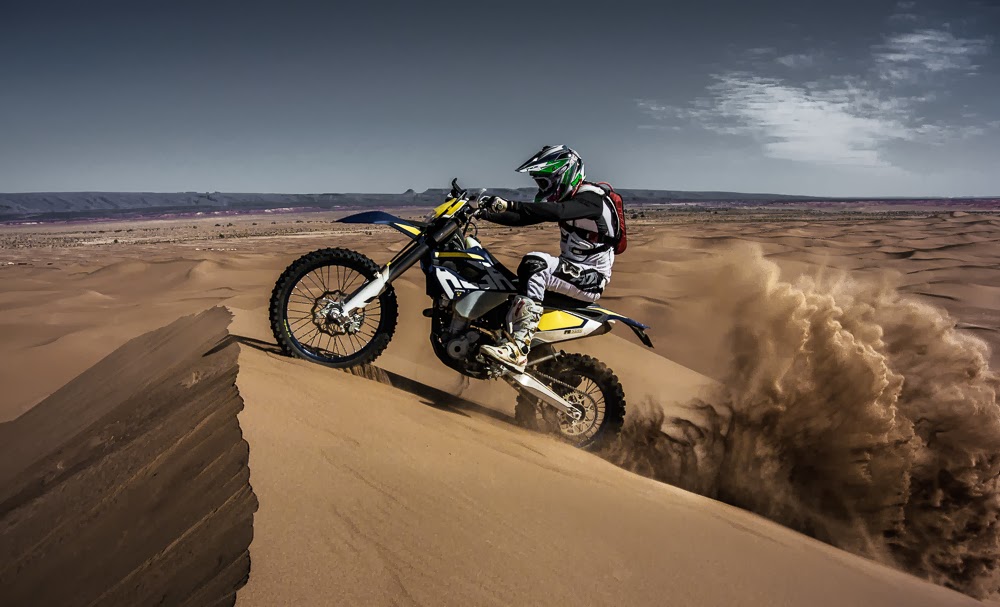 Another issue with the design of the AW1 are the operating buttons on the top side. The design of the camera is beautiful, but it suffers a little of form over function. In the case of the buttons this means, that they are not sealed into the body. Instead they are floating and there is a tiny gap between the button and the body. When the camera is operated with muddy or dirty gloves, dirt will find its way under the button. With time the bottom of the button will be so full of dirt that it will not depress ie. operate. I had this problem with both the shutter and power buttons. Luckily it’s an easy fix, but you’ll need running water and a toothbrush to rinse the dirt out from under the buttons.

The camera took quite a beating, hanging on my chest strap for 18000 km. It survived crashes, being knocked into the handlebars, my armor and helmet, submersion in water, mud, dusty trails and general abuse. The lens body is dented in several places. The camera is scratched up and dirty. It’s still breathing though and performing as well as it did right out of the box. We had two of these on the ride and to my surprise both survived. 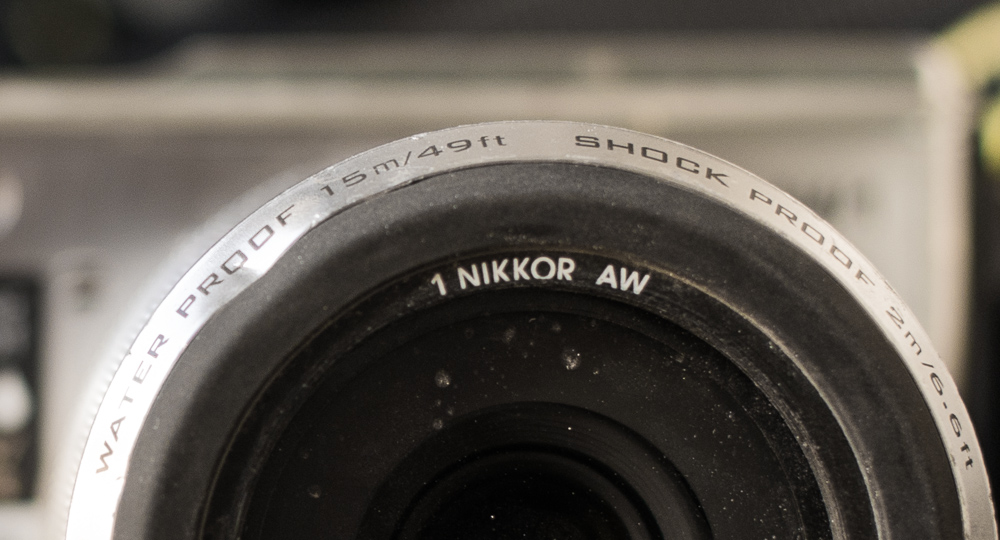 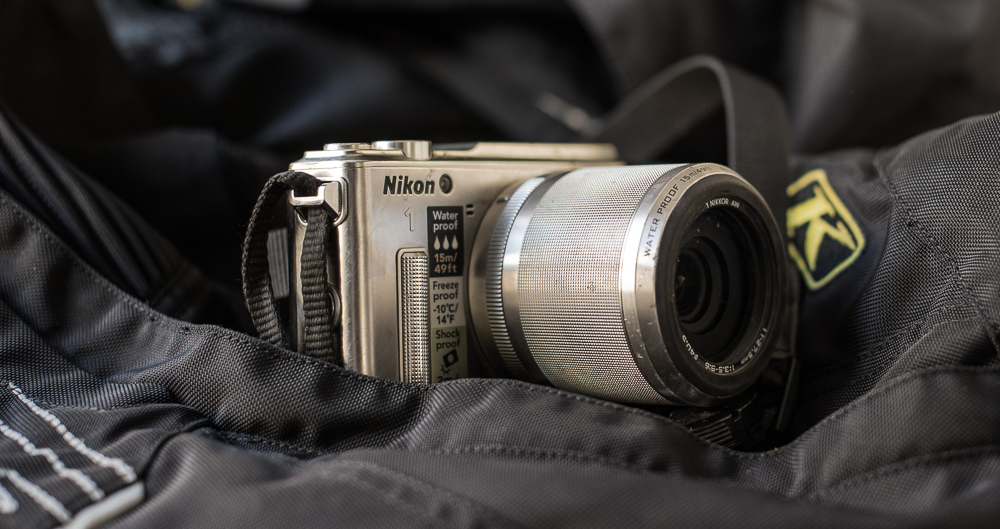 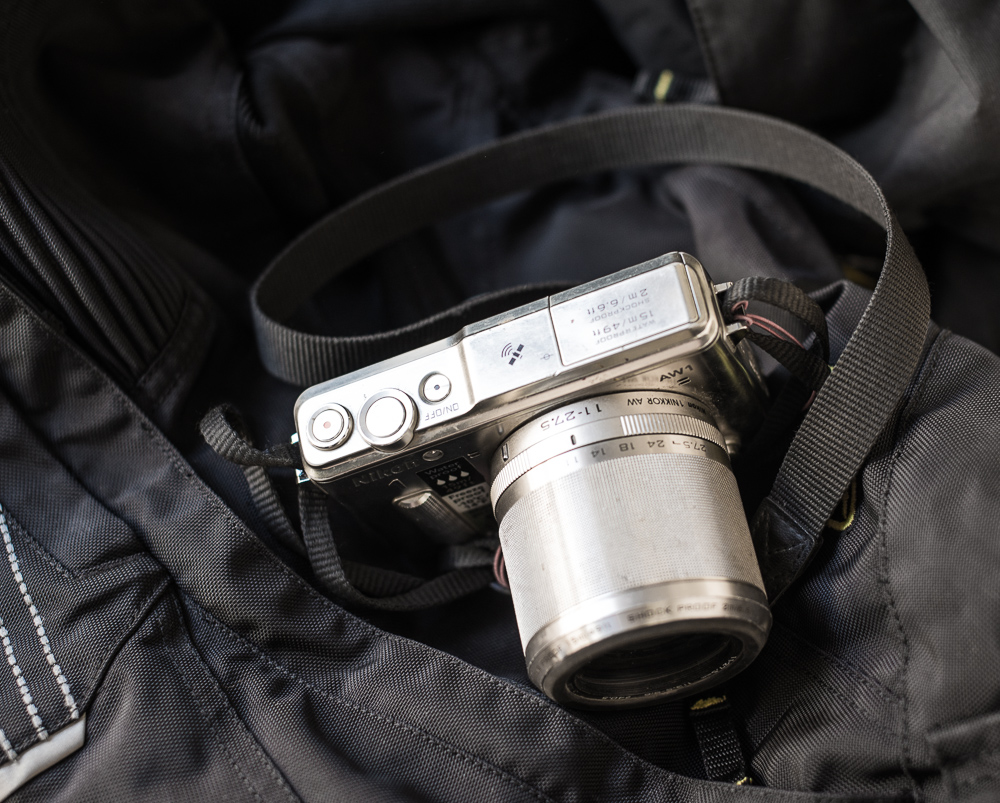 The bottom line is that the Nikon 1 AW1 performed exactly as intended. In my case that meant being quickly accessible and usable in any weather. The AW1 really made all the difference in the rainy and wet conditions we had. Any camera will tell the story of warm sunny days. The thing is however, that the wet, cold and miserable days are the ones when legends are born. That is when you need to have something that will work no matter what or you will not have the shots. Without the AW1 I would only have words.