Previous Next
Breaking in the 500

After two days of wrenching in the garage, the bike finally saw the light of day in the from of its break in ride. The location for unleashing the beast was rather fitting; an abandoned combat vehicle testing base south of Berlin.

What a relief it was to finally get to ride it! I was immediately hooked with its agility, suspension, engine and the gearbox. The geometry of the office will still need some tweaking along with the suspension, but it definitely feels like THE bike.

The two days in the garage were spent by first tearing it down, getting acquainted, and putting it back together after the normal checks and preventive maintenance. I would have rather taken it for a spin immediately, but some things are better to be done when the bike is clean for the last time in its existence.

There’ll be a full video about the first days of this love affair soon enough. The pilots wrecked three drones today trying to nail a tricky shot, so at least the crash reel will rock. Also, the 500EXC Adventurization page will be launched once the real build starts. 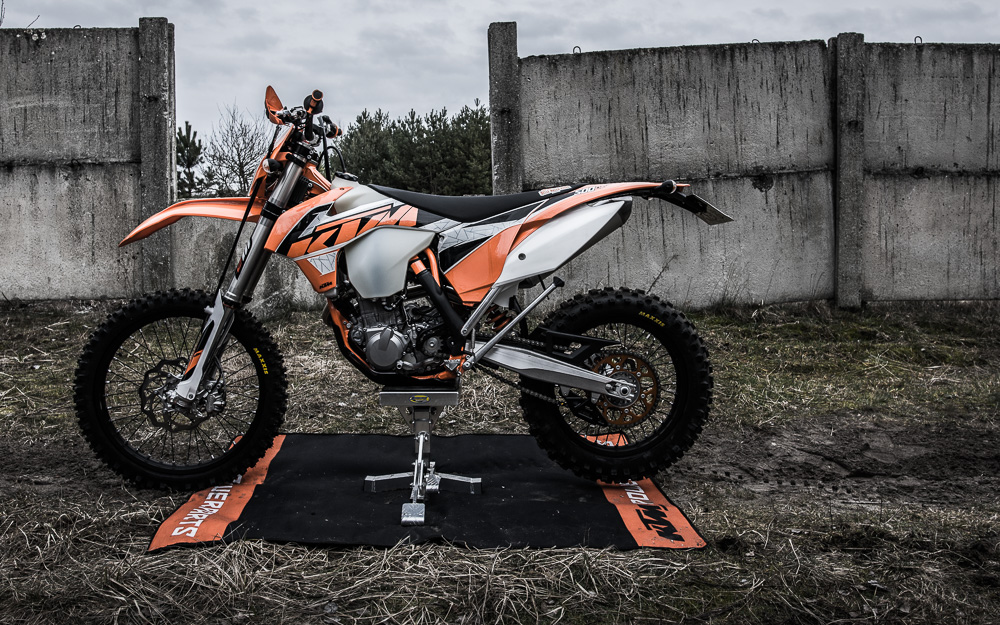 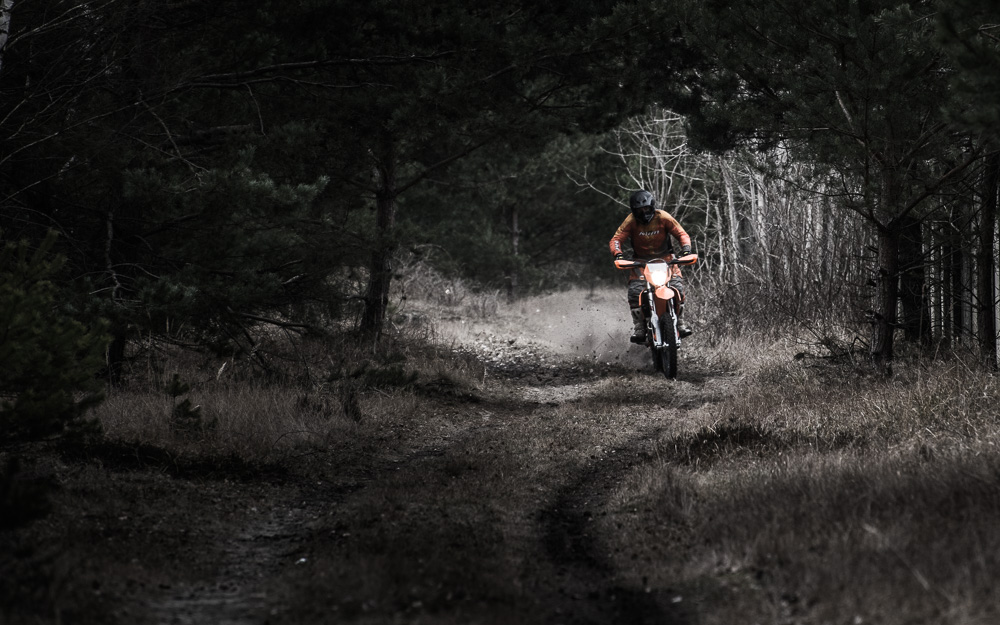 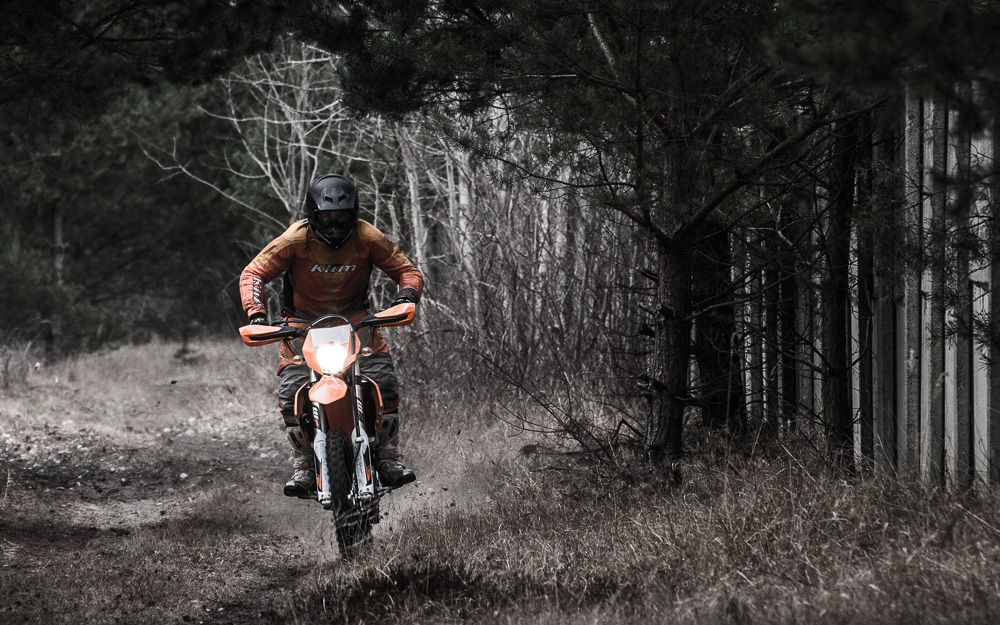