The Crimson Trail has continued with a lot of action. The Swedes took a recovery day in Kaunas, while rode out to explore another derelict nuclear missile base. My trail continued towards Poland, where we had agreed to meet the next day.

Crossing to Poland didn’t go quite as planned, as my route went over a very dodgy rotten bridge, which was incredibly slippery in the rain. I tried power walking the bike over it, but the rear tire wen through the planks and I had to take off my luggage to get the bike on its side and off the bridge. I finally made it though and took another route to Poland. The Polish trails were increasingly sandy, and I knew the Swedes would be in trouble with their heavy bikes.

After a rendezvous in Poland, our alliance soon came to an abrupt end as Per’s bike developed an electrical fault. They took a tow truck to an electrician to get the bike fixed and I continued on the trail and towards the Ukrainian border. I overdid the ride and ended up setting camp in the dark, while rain fell.

On the ninth day of The Crimson Trail, I made it quickly through the border formalities and the trails immediately got trickier. Very soft sand and deep muddy ruts and huge puddles. Progress was pretty slow to start off with, but improved as I got to higher ground and between the huge fields of Ukraine.

Yesterday was very rainy and the trails became very slippery, making progress even slower. I was pretty much all day in my Gore-Tex gear. In the afternoon I turned south and set up camp at the side of a field in the cover of darkness.

Today, on the eleventh day, I made it to the lovely city of Vinnitsa, where I’m taking half a day off from riding. It has now been 2700 km with most of it on dirt so the break is very welcome. Tomorrow I will be back on dirt and headed for the Moldovan border and the Carpathians in Romania. Seeing mountains will be very welcome after riding the vast North-European Plain. 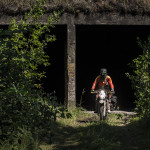 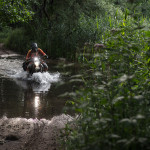 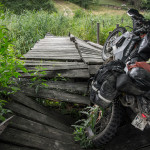 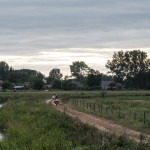 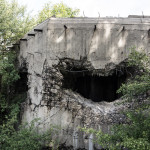 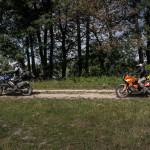 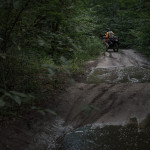 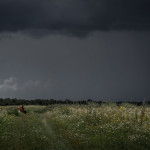 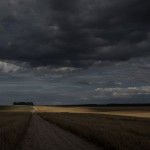 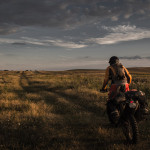 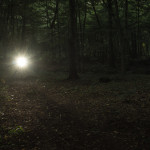 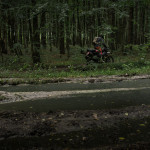 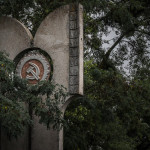 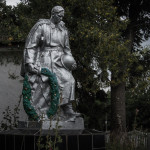 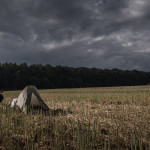 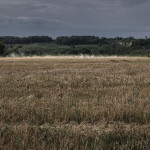