On day 22 on The Crimson Trail it became evident that Albania was pure adventure riding terrain. Just endless dirt tracks twisting through the mountains. It was amazing how different all the countries were, despite the fact that they were spread out on such a small area. In Albania the riding was considerably easier than in Macedonia and there was a lot less tarmac. I did end up in a bit of a situation while tackling a steep climb on a “shortcut” to the mountains. The bike ended up on its side with the tyres facing uphill. Luckily it was lying on a crest so I managed to turn it around without too much effort and drop down into the valley to find another route.

I continued NE on a small road in the mountains, following the Black Drin River. The riding was absolutely spectacular, but as it was getting late and the sun was setting. I didn’t want to ride in darkness, due to missing the view, but potential campsites were scarce in the mountains. So I pushed on as darkness fell. I crossed the river, and climbed high up into the mountains on the eastern face of the Slavic Gorge. I was feeling a little disappointed about missing the view, but I quickly forgot about that, when I noticed that there was just a dark emptiness on the side of the narrow dirt road. There were no barricades, just a 300 m drop into the river. The darkness made the route feel even more serious, as I could only catch glimpses of the river looking back at me far below, from the bottom of the gorge. There was zero chance of camping there as the rock face above was partially overhanging, as the road had just been cut into the mountainside. Absolutely stunning riding!

The route eventually spat me out on a tarmac road and I next reached the village of Kolesjan. There was a small cafe just below the village and they let me park my bike in their barn and sleep in the attic of the cafe. It ended up being a fun night, as the young caretaker had all his friends keeping him company and we chatted into the night. 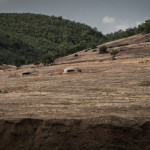 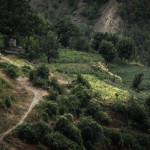 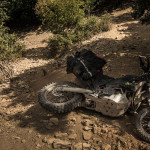 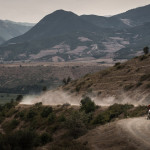 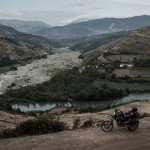 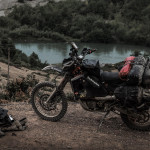 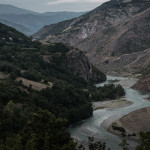 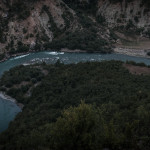 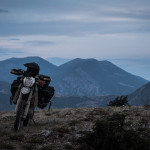 Day 23 on The Crimson Trail started bright and early, and I didn’t waste time packing up and heading out after a cup of coffee. The following section was on tarmac, and progress was good, save a quick breakfast break in the outskirts of Kukes. The tarmac road snaked through the mountains and my mind started to drift. The views were good, but I found it hard to concentrate as tarmac just wasn’t my thing. The northern walls were nice and cool but it soon became uncomfortably hot as I crossed over to the southern face. About two kilometres in, I felt the front getting soft and pulled over to find yet another flat tyre. It was the fourth one on the ride, and I was less than pleased. I changed the tube into the patched up unused one I had. As I was putting it in, I had a bad feeling about it and pumped air in to check. I’m glad I did as I found yet another hole in it, and patched it up.

As I continued on the road, I realised that my confidence in the tubes and worn front tyre was completely gone. I needed to find new ones somewhere, or patching them up would be a recurring event during the next days. So I rode into Shkoder but had no luck there. It was an incredibly hot day and I was exhausted from working in the heat, and stopped for lunch. The cafe had wifi, so I had a look at scoring some tyres and tubes somewhere. The closest bike shops were on the Montenegrin side, in Podgorica. They would be closing in an hour and a half, so I wolfed my lunch and hoped for an easy border crossing to Montenegro.

Everything worked out fine in the end and I managed to get two 21” and an 18” tube form a local tyre dealer the friendly staff of Magnus Moto called and advised me to go to. I had made it five minutes before closing time. My front tyre was pretty worn and I considered making a run for Sarajevo, but I was feeling a little bummed about missing the last section of Albania. So instead I made a route on the fly and headed NE, into the mountains again.

The scenery was epic, but the road was all tarmac. Still, and I do not say this lightly, it was the best tarmac road I had ever ridden. A narrow black snake slithering up the mountain side, only to descend and ascend again. I stopped for a couple of photos and noticed dark clouds gathering in the east. They were headed my way. I had heard that Montenegro saw a lot of rain, and it was certainly true this time. The water came suddenly and in buckets. It would have been useless to stop and put on rain gear, as I would have been completely drenched before I had gotten my rain gear on. Retrospectively it would have been smart to react to the glooming dark clouds earlier, but I’m not smart. I’m an optimist.

The rain was lukewarm, and having the water fill up my boots felt heavenly. After consecutive days of riding in the stifling heat, I felt my core temperature slowly return to normal. Unfortunately it didn’t stop there and it did get a little chilly eventually. I knew that the mountain town of Kolasin was not far and there were several lodging options available, so I pushed on. It turned out that it’s an outdoor capital of sorts in the area and I ended up setting camp in Hotel Lipka, a very upscale hotel. I was prepared for a steep price tag, but instead only forked out 50€, including dinner, lunch and safe garage parking for the bike. Incredibly good value. 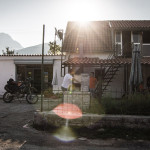 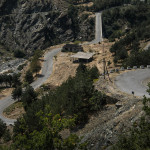 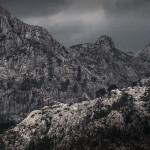 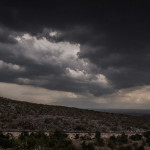 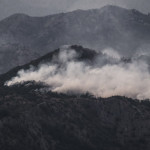 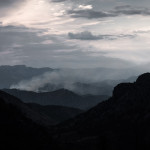