Previous Next
Thoughts on riding modular.

As I said, before leaving for Eastern Dirt 14, I decided to ride in modular gear with full MX armour and boots as opposed to a membrane suit with integrated armour and adventure boots. All equipment is listed in the travel gear article.

Our plan was to ride far away from civilization, sometimes on pretty bad trails. It made sense to beef up the protection and riding with MX armour turned out to be pretty sensible. Some of the trails we rode were pretty technical with long sections on boulders, rocky terrain or rivers. Some sections were strewn with fallen trees and old logs. We took lots of falls on those trails. Sometimes onto sharp rocks, boulders or branch stumps. The added protection of proper MX armor was crucial for us to make it through in one piece. Especially the knee pads and boots took a beating. On the 110 I made a mistake while cruising on a dirt road and crashed. I went clean over the bars and landed hard on to my knee. My right hand side front tank was ripped into two pieces but all I suffered was a small bruise on my knee. 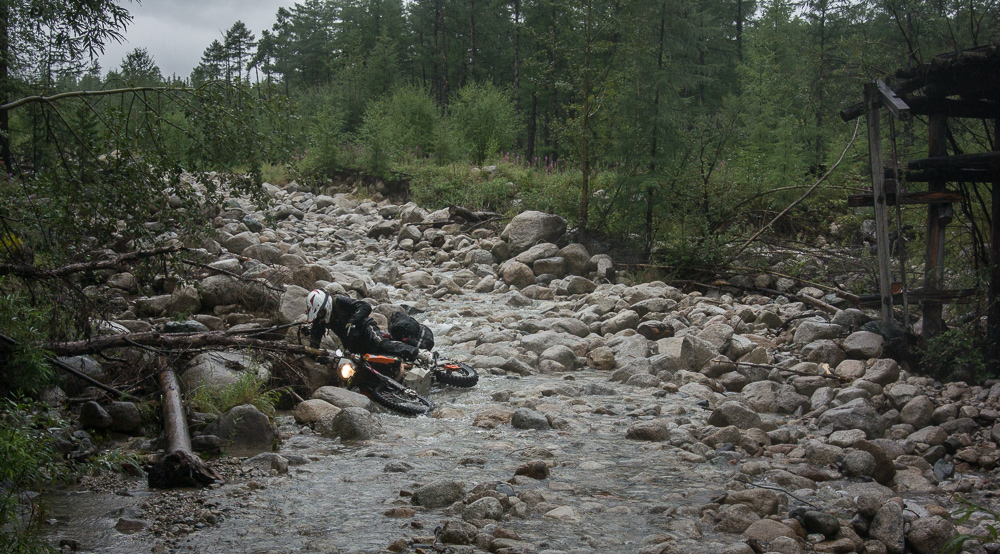 PHOTO SHOT BY THE WALRUS

Staying warm in cold conditions was no problem, as the body armour jacket gave plenty of insulation and the Traverse jacket and Gore-Tex Overpants kept the wind out. During the whole trip, I wore a mid layer fleece under the armour twice. I never did put on the mid layer pants, as the knee guards also provided a lot of insulation and the only exposed parts were basically the thighs. The Sidi Crossfire boots were surprisingly warm even when completely wet after river crossings.

Staying cool was one of the main reasons for me to go with this setup. I knew Mongolia would be hot. I was very comfortable, riding in a Dakar jersey and the Dakar ITB pants. Even with the body armour jacket I had a good breeze going through the mesh, all the way to the base layer, and keeping me cool. No integrated membrane suit will come close, no matter how well they are ventilated.

I originally thought that the armour jacket would be the most irritating piece of gear. I was surprised how quickly I adjusted to it and didn’t really notice it after a while. Same goes with the knee pads. I didn’t even notice them after a while. The Crossfires are comfortable as MX boots go. I didn’t even bother taking them off in camp most evenings. Juha was worried that I would get trench foot.

The biggest issue was losing range of motion when riding in full rain gear. The jacket was fine, but wearing Overpants over the Dakar ITB pants restricted movement. This was of course only an issue while getting on or off the bike. Once on the bike and moving, they were comfortable. Retrospectively I should have added suspenders to the overpants to avoid having to pull them up after every time I stood up on the pegs. Juha had suspenders and experienced no issues with the pants sagging.

None of my previous membrane suits had actually been waterproof, but the Klim Gore-Tex gear actually worked. Riding dry in the rain was a whole new experience. After being drenched they dried up quickly. I usually rode another fifteen minutes after rain, before taking off the Overpants and stowing them. At that point they were usually completely dry. As there was no integrated armor and everything came off in separate layers, drying the Traverse jacket, Dakar ITB pants as well as knee and body armour was much quicker than with an integrated suit.

The biggest dilemma in changeable weather was whether to put on the overpants or not. It was always a gamble between lost time and comfort versus risking getting wet. Another factor in the equation was also the quantity of rain. If it was just a drizzle I didn’t bother donning the overpants. I think it’s safe to say I really liked riding in just the Dakar ITB pants. Not so much with the Overpants, so I would always take them off as soon as possible. This resulted in either lost time or getting drenched, especially with sporadic rain. Juha on the other hand didn’t seem to mind the Overpants as much as me.

The MX boots were of course not waterproof. Some riders swear by Gore-Tex boots, but if the water level is going to be above the top of the boot, it won’t matter. When the boot is full of water, the membrane will only slow down the boot from emptying and drying. 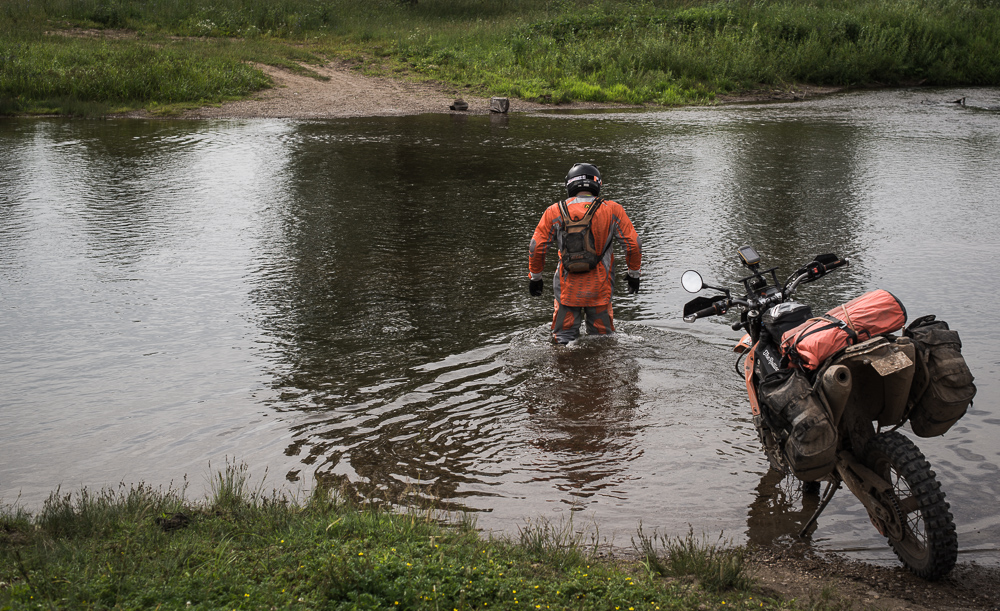 I guess the question that needs to be answered in this case is whether I would ride Eastern Dirt 14 all over again in the same gear. The answer is yes, except that I would leave some of the mid layers behind. Especially the mid layer pants are really impractical to put on with the modular setup. Instead, a pair of powerstretch fleece shorts might have been a better idea, provided they could be put on without removing boots and knee pads.

Having said that, I think the modular setup is best suited for technical trails where the extra protection is necessary. Places where taking a fall will land you on something that wants to hurt you. If I was to mostly ride flat terrain or gravel roads, I would probably consider riding in an integrated membrane suit like The Klim Adventure Rally or Badlands Pro series.

Another thing to take into consideration is climate. The modular setup is at its best in hot conditions. If it will most likely be cold and wet, an integrated membrane suit will probably be a better choice.

Which one would you ride in?